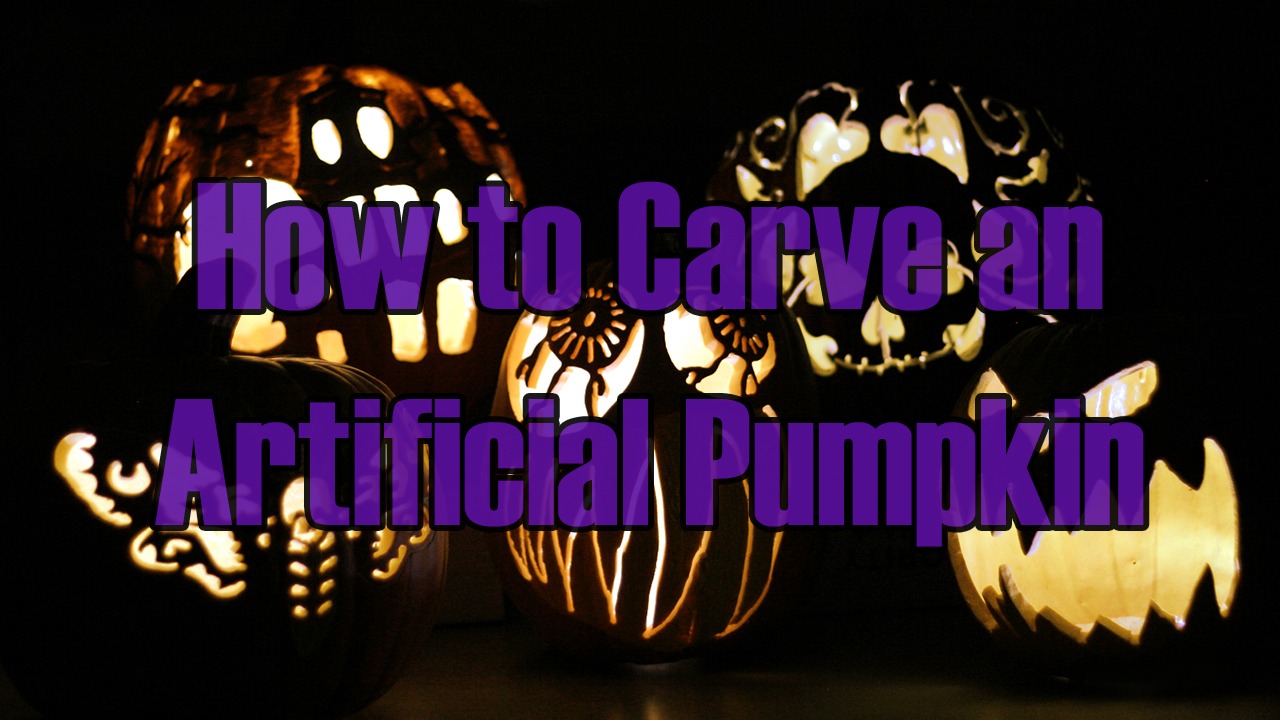 I love carving jackolanterns for Halloween, but I hate watching them rot and then throwing them away. So now I always carve artificial pumpkins, and then I get to keep them forever *echo* ever-ever-ever!

Below is my tutorial for carving your own foam pumpkins. END_OF_DOCUMENT_TOKEN_TO_BE_REPLACED

Here’s my jackolantern for this year! I initially had a much more elaborate design planned with a bat and a spider “hidden” in the vines along with the skull, but it just wasn’t happening.

END_OF_DOCUMENT_TOKEN_TO_BE_REPLACED 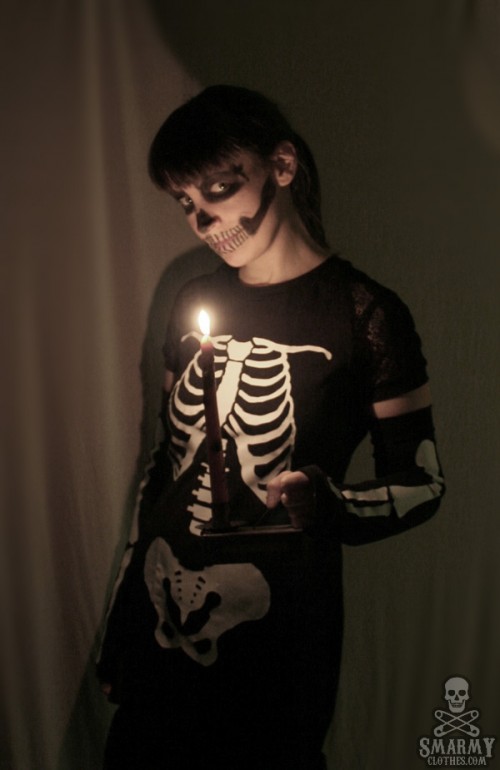 I’m going to drown my skeleton sorrows in a big plastic pumpkin full of Halloween candy.

But first I’ll show you my jackolantern, because it’s cool. I spent 2 hours slouched in the basement carving it with my dremel tool, and I woke up very sore this morning as a result. I’ve invented the sport of Extreme Pumpkin Carving!

Two hours probably sounds like a lot, but it’s a Funkin, so I figure since I can use it pretty much forever, it was worth it to spend an ungodly amount of time carving the stupid thing. Right? Right.

I wanted to do a haunted house scene, and I thought it would be rad to carve all the way around the pumpkin, so I had one looping scene. So here is 360 degrees of spooky jackolantern!